What started as a passion for cars, turned into a complete career path for Daniel Lim. From buying his first MX-5 Miata in January of 2001, to working as a service technician at a Mazda dealership, to working at Mazda’s Research and Development Center, Lim credits his car obsession to his father.

Growing up, Lim regularly attended auto shows with his father. “It’s been a family tradition,” said Lim. “I remember the first time I saw the MX-5 at the LA Auto Show.”

Initially, it didn’t cross his mind to own one, however, when Lim was younger, his father had suggested that sports cars were off limits due to high insurance costs. As Daniel started working in college, his father’s tune changed. “My dad asked me, ‘What do you think about Mazda MX-5?’,” Lim explained. “Immediately, I started going online just to see what kind of potential I might have with the MX-5. A family friend was selling his 1995 MX-5 Miata because he was moving. I drove it and immediately, I just fell in love with the car. It has shaped the way I met people, made friends.” After purchasing the MX-5, he became a regular on Miata.net. After some time, a small group of local LA Miata.net members began meeting up and scheduling their own rides and outings. The group, known now as KINOD (Krispy Kreme - In and Out - Drive), had their first meeting and hit it off.

“We just met a few people in the City of Industry and it grew from there,” he explained. “Through those Friday meetings, I began to meet owners who became my customers and other customers who started coming out to the meets themselves. It felt like a really cool movement. I was glad to be part of something like that, even though the team was very small at the time. It's still going on to this day.”

In 2005, Lim began his career with Mazda as a technician. “Being a Mazda technician felt amazing because I felt like I was part of something official,” he recalled. “Small garages were my background, but working for a company that sells Mazdas - that was really big for me.” He enjoyed the relationships he forged in this role so much that he applied for a position in Mazda’s corporate offices. “I was able to get a job over at the Mazda Warranty department and see how it is from the other side,” Lim explained. “It's amazing. I'm just super thankful to be here.”

After a couple years, Lim was given the opportunity to join the Mazda Technical Hotline.

“These are the people that helped me throughout the years,” Lim shared. “And now I'm working next to these people that used to help me. My role right now is to help the dealership technicians, which is perfect because I'm essentially given the responsibility to give back to the workforce and the position that I once held. I'm able to help them, give them insight on what I've seen in the field and just little things that you don't find in the books.”

As with his lifelong love of cars, dedication to service is a family tradition.

“My parents taught me that serving is important,” Lim explained. “My role as a technician was to serve the customers. I wanted to make sure that my customers enjoyed their cars, and I would do that to the best of my ability.”

His dedication to serving the Miata community extends beyond his role as a Mazda employee.

“As an enthusiast, being part of the Miata community, I wanted to make sure that being able to engage with other people was something that was available to them,” Lim shared. He would do this by organizing MX-5 meets or simply by taking pictures. “Life is short,” Lim said. “There are very few things that satisfy me, but my MX-5 was something that I just wanted people to also experience.”

Overall, Lim feels a great sense of pride being able to work at Mazda while still connecting with the community at the grassroots level.

“I'm able to see it from starting out at the consumer level,” Lim explained, “down to working on other people's cars, up to the corporate level where I'm seeing the product being developed from this side of the spectrum.”

Over the years, the MX-5 community he’s built up has become a huge part of his life. In fact, Lim even proposed to his wife in his MX-5 at a KINOD event on their shared birthday, Feb. 10. 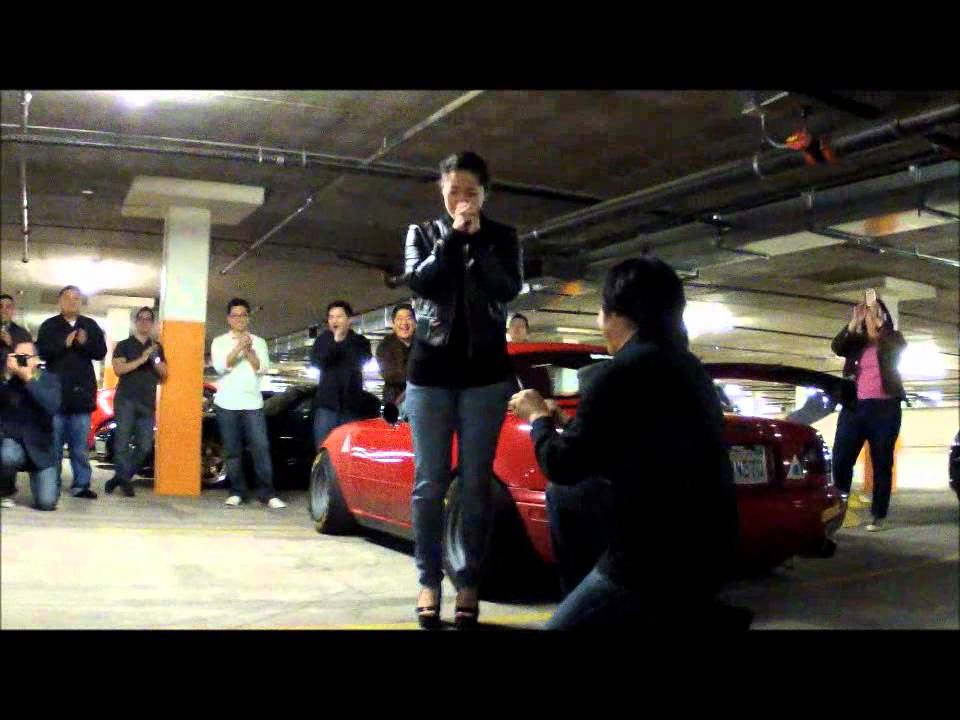 “We got out of the car, and our KINOD buddies gathered and started singing Happy Birthday,” Lim explained. “Then, while she was looking away, I pulled out the ring that I had concealed inside a miniature MX-5. I got down on my knee, and she turned around and saw me. While she was facing me, all her family came out. Everyone was around to witness that. That was a very special moment."

“In my short life, I've owned many cars,” Lim continued. “This one is hands down my glove. I know what I'm feeling every time I drive the car. I know what the car's gonna do. It's intuitive.”