IRVINE, Calif. (July 5, 2017) – Mazda North American Operations (MNAO) today announced the launch of a new insights-driven Hispanic campaign, seeking to link common attributes shared between the Hispanic community and the brand’s core values. The campaign creative, which will launch on July 9, was developed specifically for the Hispanic consumer, aiming to tap into the existing positive affinity for Japanese-made products.

The new campaign is an extension of the Driving Matters general market campaign and is aimed at emphasizing Mazda’s core values that are relevant to Hispanics that love to drive and value quality and craftsmanship. Leveraging the existing perception that Japanese brands are trustworthy, dependable, skillful and above all, well-made, the campaign will ultimately establish Mazda as a Japanese brand. In order to first establish that connection, the series will kick off on July 9 with a week-long “disruption” phase that will be in Japanese-only. Following the disruption phase will be three phases, each focusing on relatable Mazda brand philosophies: Passion (KODO—Soul of Motion design), Harmony (Jinba Ittai driving dynamics) and Perseverance (Hiroshima Challenger Spirit). 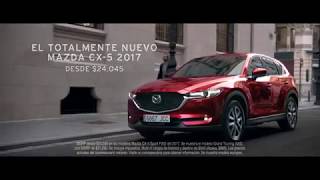 IRVINE, Calif. (July 5, 2017) – Mazda North American Operations (MNAO) today announced the launch of a new insights-driven Hispanic campaign, seeking to link common attributes shared between the Hispanic community and the brand’s core values. The campaign creative, which will launch on July 9, was d

“Through our research, we’ve discovered that there are more than 12 million Hispanic consumers in the United States who identify with Mazda brand philosophies, yet that same research shows that many are simply not familiar with the brand,” said Russell Wager, vice president of marketing for MNAO. “We’ve found that the Hispanic Mazda customer is a true car enthusiast; someone who appreciates styling and performance, but is also hyper-digital and social, and already leans toward Japanese car brands. Our goal is to make sure they understand Mazda not only by our cars, but what we stand for.”

The campaign, scheduled to begin in July 2017, will utilize partnerships with influential Hispanic media outlets, including Telemundo and Univision to amplify the message. Through the partnerships, each outlet will offer unique creative components tailored to their specific audience. The campaign and creative was developed in collaboration with Mazda’s fully integrated and dedicated WPP team agency, Garage Team Mazda in partnership with WPP’s multi-cultural marketing communications network, The Bravo Group.

Mazda North American Operations is headquartered in Irvine, California, and oversees the sales, marketing, parts and customer service support of Mazda vehicles in the United States and Mexico through nearly 600 dealers. Operations in Mexico are managed by Mazda Motor de Mexico in Mexico City. For more information on Mazda vehicles, including photography and B-roll, please visit the online Mazda media center at InsideMazda.MazdaUSA.com/Newsroom.