Mazda’s design boss Ikuo Maeda is a busy man. It’s day two of the Tokyo Motor Show and he’s at the epicenter of a media hurricane, moving from interview to interview with barely a pause for breath. The press and public can’t get enough of him or his latest creation, the Mazda RX-Vision.

Yet when Inside Mazda meets him, he remains full of the energy and passion that has driven Mazda’s design to a level where it is unquestionably the star of the show.

The RX-Vision concept car is a statement of intent. Firstly, the intent to give the rotary engine a new lease of life, but also—and equally importantly—to evolve Mazda’s award-winning design even farther and take the brand to new heights.

“My dream is to raise the brand positioning to the next level—to make it a true premium brand,” he explains. “I want Mazda to have premium quality in every product, our dealers, and our merchandise. That’s the next step for Mazda.” 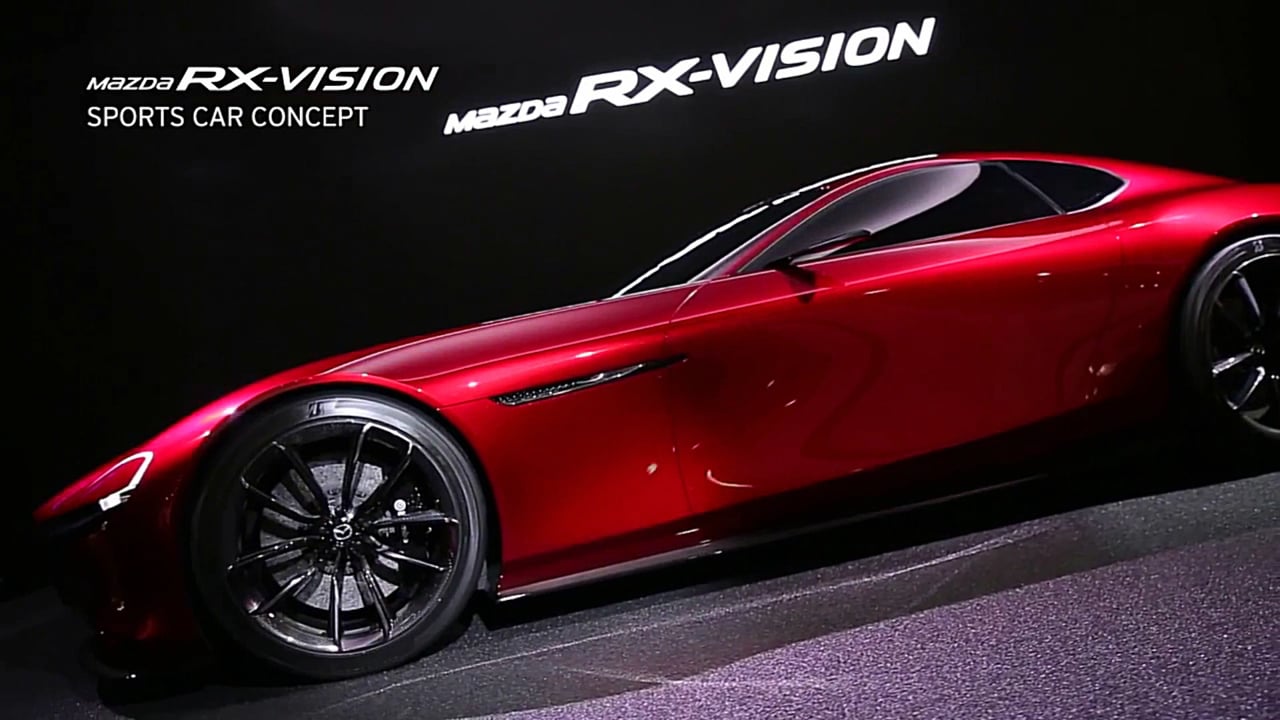 For Maeda-san, this truly represents a life’s ambition. Having joined Mazda in 1982 aged 23, he has seen the company grow and change, along the way making a major difference himself by penning such important cars as the previous Mazda2 and the rotary-powered RX-8. That was a particularly poignant moment as his father, Matasaburo, was the designer of the original RX-7. You could almost say rotary sports cars are the family business.

“The technology of the rotary engine is something only Mazda can build,” says Maeda-san, whose first car was an RX-7. “If we give up, it’ll disappear, and that’s a huge risk as engineers won’t be attracted to Mazda. (Head of R&D Kiyoshi) Fujiwara wants to build a rotary and a sports car, and I have the same feeling: a grown-up sports car that can lead our brand—an icon.”

Mazda’s main business might be more mainstream models, but Maeda-san wants to send a crucial message: that all Mazdas—hatchback, SUV, or sports car—will always be fun to drive.

“My responsibility is to create the form to attract people to drive,” he says. “If we were to design a vehicle that you don’t drive (an autonomous car), the shape doesn’t need to attract you to drive it. But I want to make the car like your friend, lover, part of the family. And in order to do that, I truly put passion and soul into the design to make it feel like a living thing.” For Mazda, the connection between the car and driver will always be vital. “A car needs to have character, which means it has to convey that traditional machine-like feel. It must still have a mechanical quality,” adds Maeda-san.

That’s certainly apparent in the awesome RX-Vision. From its long and almost impossibly low hood (achieved thanks to the compactness of the rotary engine) to its driver-focused cabin (note the manual gear shifter), the RX-Vision is very definitely a machine—and a beautiful one at that. It is also a machine that pays homage to its predecessors while very much looking to the future.

Power comes from a SKYACTIV-R rotary engine, but Mazda is staying tight-lipped about the details, only saying that the engine will be the car’s main power unit, and that it will be more powerful and efficient than any previous rotary. Kiyoshi Fujiwara, Mazda’s R&D boss, says: “We have further developed the materials used for the rotary tips and seals. The engine will undergo a development process that is two or three times as intensive as our other SKYACTIV engines.” 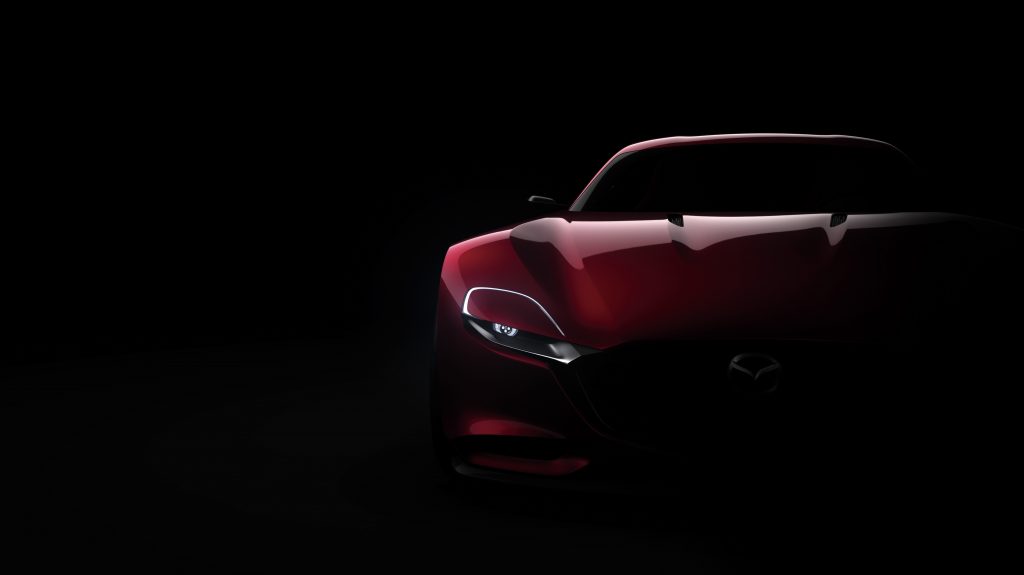 “The (1967) Cosmo looks so pure—it is very clean, there aren’t too many design elements,” Maeda-san says. “With the RX-Vision, I tried to make it as simple as possible while still having some flavor and movement in the design. Some of the details come from the RX-7 FD. The rear lights, for example, and the headlights seem like pop-ups even though they’re not. These elements create character.”

The design process followed a now proven method introduced by Maeda-san with the KODO—Soul of Motion design language. “With the RX-Vision, we spent almost half a year creating clay models by hand—no computers,” he says.

A total of ten months were spent bringing the RX-Vision to life, and fans will have to be a bit more patient before a rotary sports car goes on sale. “It’s hard to say exactly when it will happen, but it’s not too far in the future,” Maeda-san says, and smiles mysteriously before rising and striding purposefully back into the storm.