Life is full of huge milestones. They often start off small, like your first step and then gravitate toward bigger and bigger things as you get older. Life for Mazda has been no different. It started with the very first car sold and has continued on to something bigger and bigger. First it was 100 Mazdas sold, then it reached 1,000, from there it was 100,000 and then onto a 1,000,000. In 2013 Mazda was keeping a careful eye on the sales numbers waiting for that next big number to roll over, 10,000,000 vehicles sold. When Lauren Carter of Glendale Heights, Illinois bought her 2013 Mazda3 5-Door she had no idea she had just purchased the 10 millionth Mazda to be sold in the United States.

“It was my first-ever new car and my first Mazda,” she explained. “I chose the Mazda3 because it comes in a hatchback, that was really important. I had a two-seater before that. It was very small and I wanted a little bit more room. I’m a guitar teacher, so I need room for my music equipment. And we’re dog people, so I need room for my dogs, too.”

To celebrate 10 million happy customers, and mark an important milestone in Mazda’s history, Mazda asked if Lauren would let them immortalize her car by adding it to their historic car collection in the basement of the Mazda R&D office in Irvine, California. She eagerly agreed. In return, they gave her a new fully-loaded 2014 Mazda3. Now, three years later, we decided to catch up with Lauren, to see how she’s liking her “replacement Mazda3.”

“I still have it!” she said. “I love the car and it’s been good to me. I haven’t had any issues with it. I’ve been back to the dealership for all my service and those guys are great. I love them at Continental Mazda. And I’m very glad I chose Soul Red. It definitely fits my personality.”

With about 35,000 miles on her Mazda3, Lauren is more than a happy owner, and she’s working on getting her whole family into Mazdas.

“My husband’s car is going to be the next one to get replaced and he’s looking at the CX-5 now,” she revealed. “I’m slowly converting all of my family members to Mazda owners. My mom bought a CX-5, and my brother just bought a Mazda3 4-Door sedan. We’re just becoming a Mazda family, I guess.”

Lauren’s original 2013 Mazda3 is now a permanent part of Mazda’s history, tucked away and maintained in the basement of Mazda’s R&D office. It’s a reminder that people like Lauren are the reason why the people behind Mazda come to work every day with a passion to create better cars. It’s Mazda’s way of saying “thank you” to the 10 million plus Mazda owners. 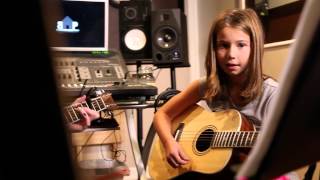 Life is full of huge milestones. They often start off small, like your first step and then gravitate toward bigger and bigger things as you get older. Life for Mazda has been no different. It started with the very first car sold and has continued on to something bigger and bigger. First it was 100 M