With more than 4.5 million produced since its introduction as a 2004 model, Mazda3 is Mazda’s best-selling nameplate in the world and reached 1 million sales faster than any Mazda before or since. It is no wonder that, just in the 2016 model year, Mazda3 has already has accumulated more than 20 accolades so far, including being named the winner of the small car category by the NY Daily News.

Following Mazda’s KODO—Soul of Motion design ethos, Mazda3 is a sleek marvel of a vehicle that’s both eye-catching and comfortable. With a long hood, swept windscreen and interior greenhouse and wheels pushed as far to each corner as possible. Its bodywork stems from a pronounced, upright grill and slinks over its fenders and to the back of the car. But as much as Mazda3’s exterior design sets it apart from its competition, so does its interior, which is finished in high-quality materials and is as stylish as it is practical. Mazda3 boasts plenty more above class features, including a head-up display directly in the driver’s line of sight that displays vehicle speed, turn-by-turn directions, and safety alerts; Bluetooth for calling and music streaming; and other features such as push-button ignition, remote keyless entry, and automatic windshield wipers during rain.

Don’t let the laundry list of amenities intimidate you, though. Mazda3 is one of the more affordable cars in its class. Kelley Blue Book recently named it to its 10 Coolest Cars under $18,000. At its heart, Mazda3 is a driver’s car, meant to anticipate the driver’s every need to make any trip an unforgettable experience.

Mazda3 was developed with SKYACTIV Technology, so its fuel efficiency and safety are dramatically improved by holistic development of the engine, chassis, body, and other components. These not-so-little perks give Mazda3 an EPA-estimated average of up to 41 highway miles per gallon. Mazda3 can be configured with Mazda’s i-ACTIVSENSE safety features that help drivers identify dangerous situations before they happen. Sensors detect when an object directly ahead threatens collision, either warning the driver or automatically applying the brakes to help prevent accidents or help reduce the severity if an accident cannot be avoided. Rear camera assistance and blind spot monitoring help keep the driver alert to his or her surroundings, and adaptive front lighting engages headlights and high-beams automatically, as well as turns headlights as the car corners to improve visibility on winding roads.

Mazda3’s phenomenal design and equally impressive technology have garnered praise from all corners of the car industry, from professionals to consumers. To name just a few: “2016 Top Safety Pick+” by the Insurance Institute for Highway Safety; Consumers Digest’s 2016 Best Buys list; Car and Driver’s annual 10Best vehicle awards; “Best Compact” vehicle for Good Housekeeping/Car and Driver’s 2016 Best New Car Awards; and one of our personal favorites, the “Most Loved Vehicle” in the small car segment by Strategic Vision’s Customer Love Index Report. 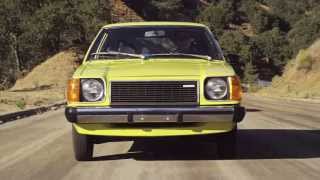 With more than 4.5 million produced since its introduction as a 2004 model, Mazda3 is Mazda’s best-selling nameplate in the world and reached 1 million sales faster than any Mazda before or since. It is no wonder that, just in the 2016 model year, Mazda3 has already has accumulated more than 20 acco

The experts have spoken. The public has spoken. Mazda3 is an all-around great little car.