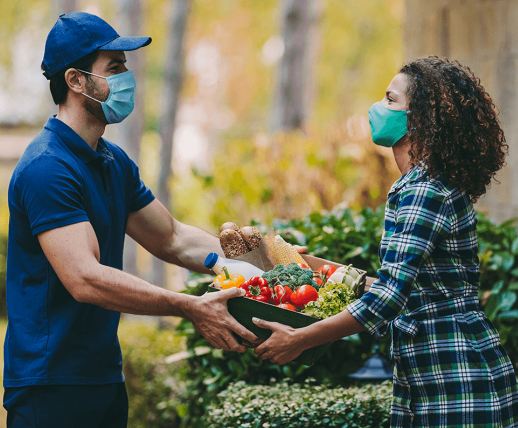 ‘Mazda Heroes: Honoring The Human Spirit’ (Mazda Heroes) is an initiative created to shine a light on individuals across the country who have tirelessly dedicated themselves to their communities throughout 2020. After receiving powerfully inspiring nominations from across the nation, 50 winners were selected based on their demonstrated selfless acts, creative thinking, and contributions to community.

Partnering with Good Morning America, three of those winners were surprised on the nationally-broadcast morning show with the news that they were being awarded a Mazda MX-5 Miata 100th Anniversary Special Edition.

In light of the pandemic, recipients Starr Thompson, Jennifer Williams, and Leandro Pessoa were interviewed by hosts Michael Strahan and Ginger Zee via video calls. Under the pretense that they were merely finalists, each shared about their work during the pandemic.

Following the interviews, Ginger shared the news. “I know that we told you that you were finalists, but guess what? You are actually winners of a Mazda 100th Special Anniversary car!”

Each of the heroes can then be seen walking outside to see their Mazda MX-5 Miata 100th Anniversary Special Edition.

“This is amazing, oh my god — I’m so grateful. I could never imagine this,” Leandro can be heard saying as he sits in the driver’s seat.

“This year has been full of challenges and we wanted to lean into our brand’s heritage of finding innovative ways to brighten people’s lives,” MNAO President Jeff Guyton said. “We were inspired to create the Mazda Heroes program to honor all those who are working tirelessly to uplift their own communities. We hope through Mazda’s acknowledgment of their efforts, they’ll feel empowered to continue to give back to those around them.”

Additional Mazda Heroes stories will be shared over the coming weeks. To learn more and see the stories, visit www.MazdaUSA.com/mazda-heroes.